Did paulina gretzky get breast implants?

I don't think Paulina Gretzky has had breast implants, I'm pretty sure her boobs are real.

Here's the reasoning behind that.

Why I don't think Paulina Gretzky has had breast implants

If you look at some of the photos of her looking her most "curvy" up top - they actually appear on sites like Instagram or Twitter, where she has had an opportunity to select the best image, use toner and a push-up bra to emphasise her curves, or even when she's selected photos to publish on her social media accounts - they have obviously been picked because she feels like they are the most flattering!

For example, on Instagram some of Paulina Gretzky's photos make her boobs look like something out of Baywatch! The same goes for images she has shared on Twitter from her modelling shots. 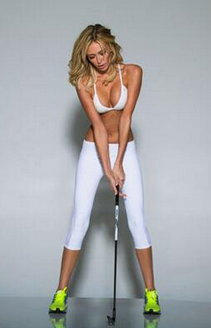 But the ones that magazines decide to run in the end still look great, but don't suggest that she has had breast implants... They look a lot more natural. Still beautiful of course, but maybe not the most flattering chest shots she would have personally picked if it was her Instagram account for example.